An invisible infrared beam of light is formed between the transmitter and receiver. Interruption of this beam of light sends a stop signal to the machine’s control. This signal is designed to stop hazardous machine motion or prevent the initiation of machine motion.

The light beam system is delivered ready for operation. Configuration settings are accessible from the front of the beams and can be changed while the system remains mounted. 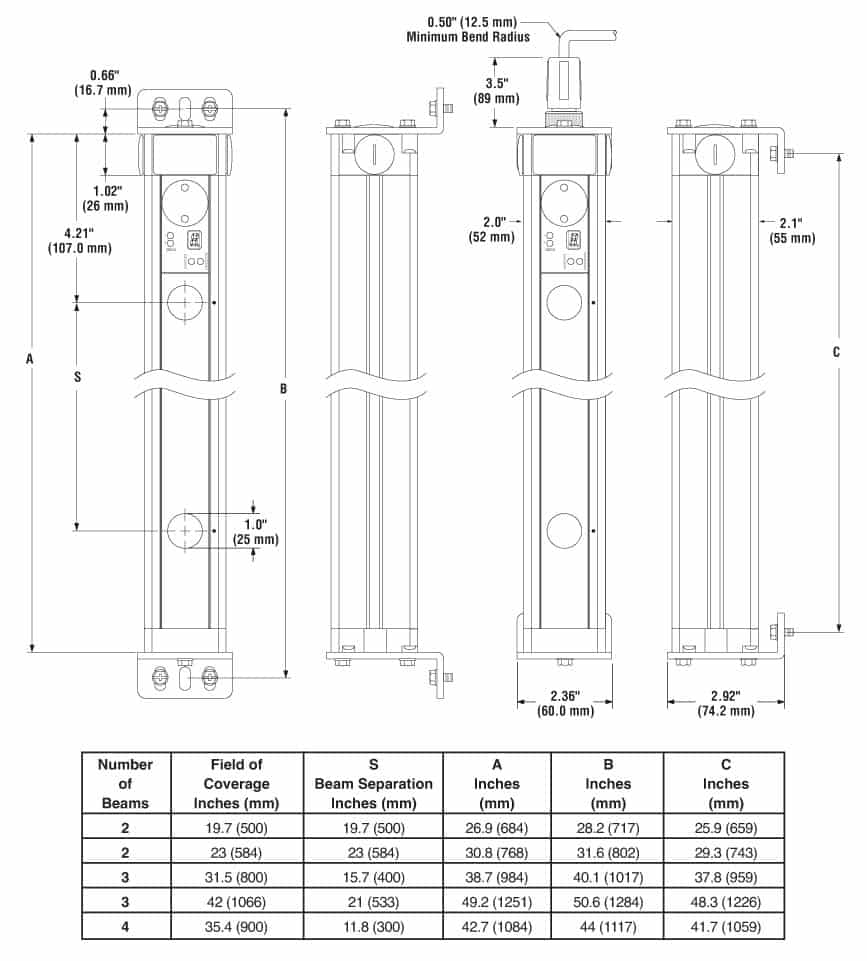